At the end of the last post I hoped I might be able to experiment with cats eyes on a larger scale, and suddenly, in August, there was a chance to do that over the course of a two month residency at the Cardiff city centre office block, Brunel House - thanks to Floating Island Gallery. 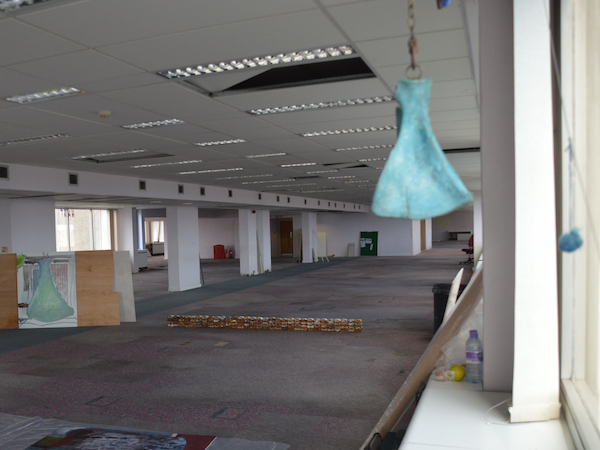 I felt lucky to be based on the semi-derelict floor 5, an enormous space with parts of ceilings down, sections of floors taken up, and access points to infrastructure exposed. 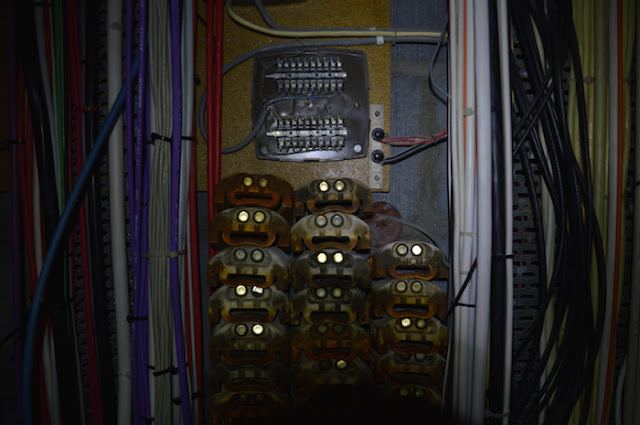 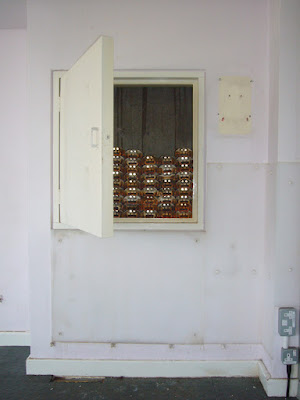 I placed cats eyes, from rural Powys roads, in service areas that would not be apparent when the commercial units are functioning - and also used blocks of them in the vast office. 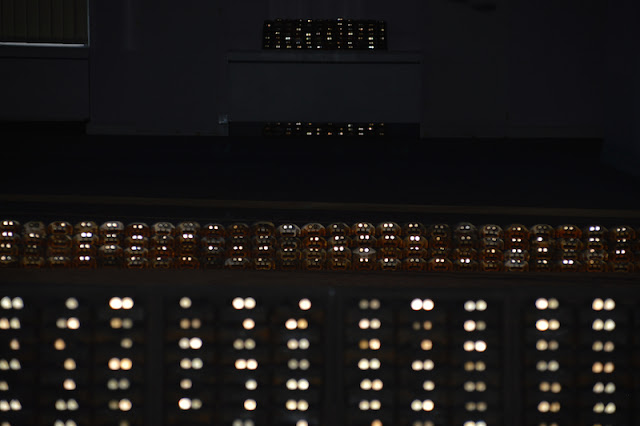 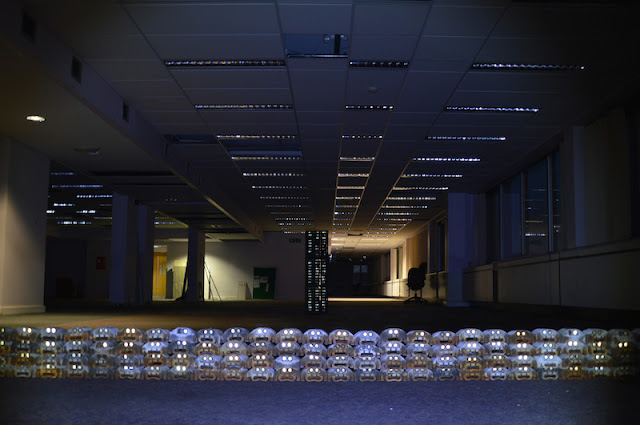 I started to project film onto them - 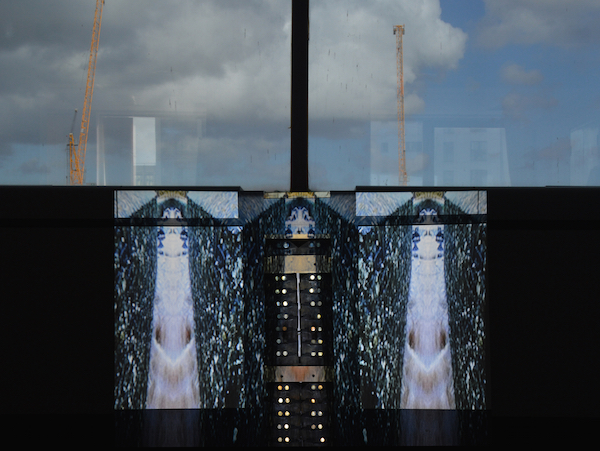 and onto electrical units, wires, pipes and piles of construction materials. 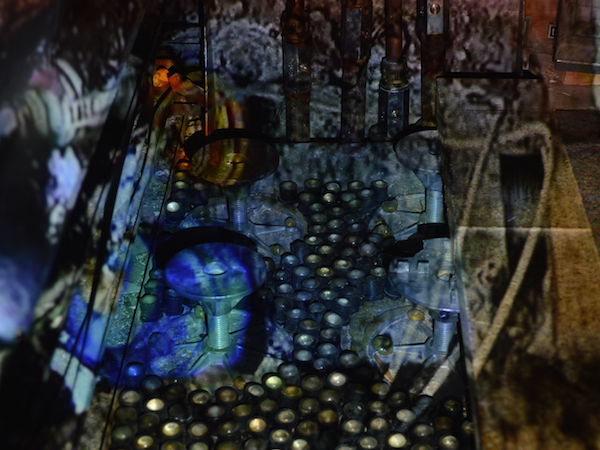 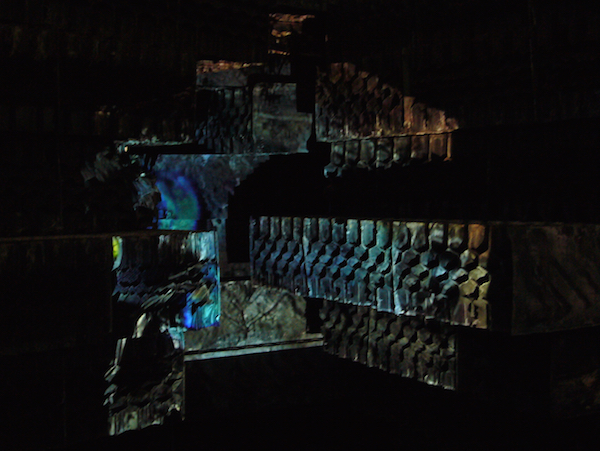 The images projected were stills and film of things seen and found in and around Craig y Cilau National Nature Reserve, near my studio in the Black Mountains: 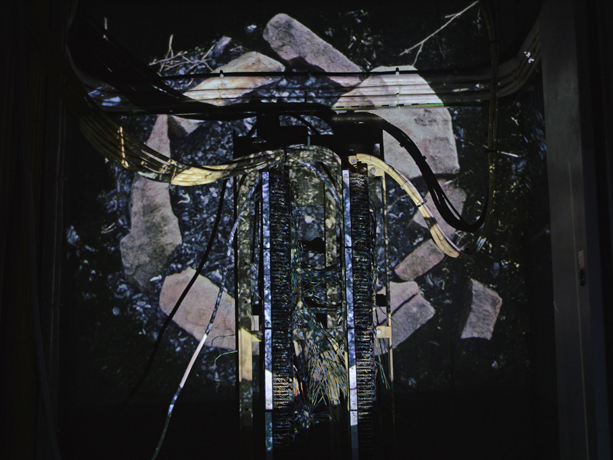 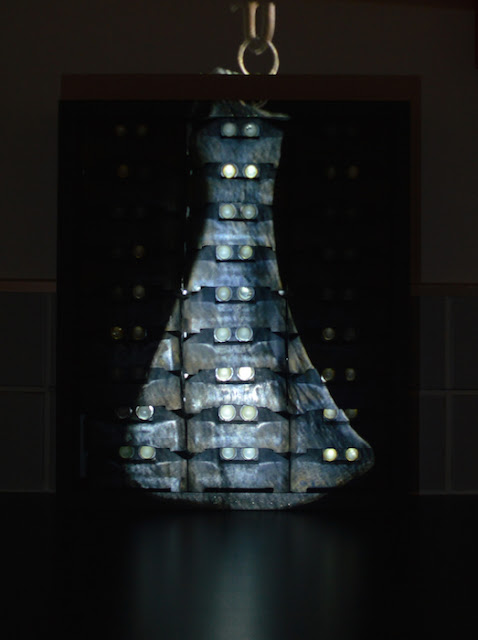 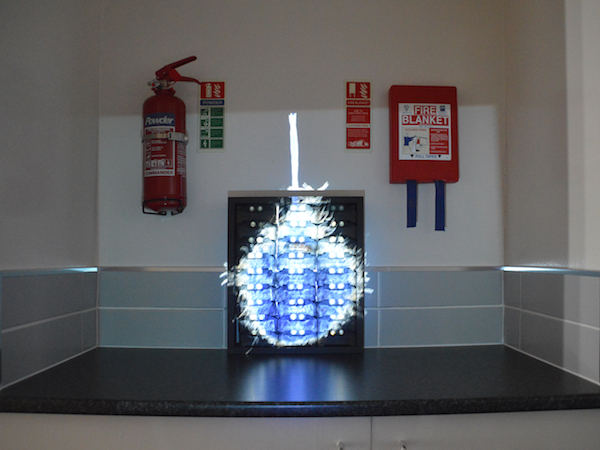 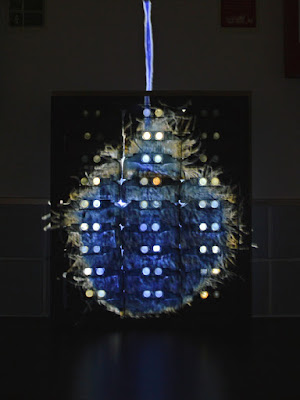 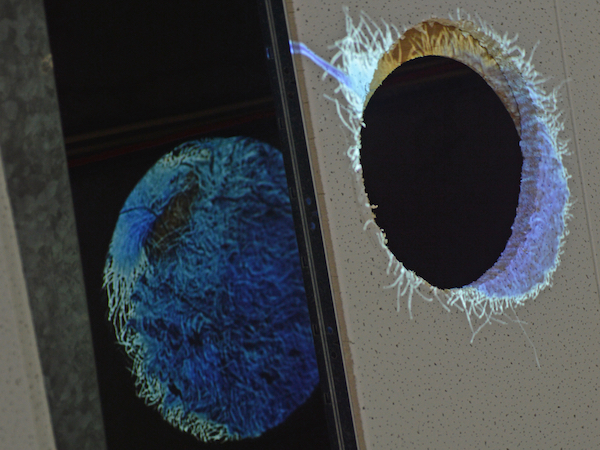 But they were mainly film of rivers, brooks, streams and gullies in spate during time of flood. 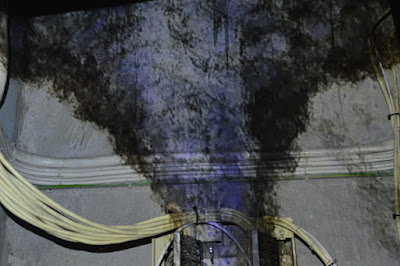 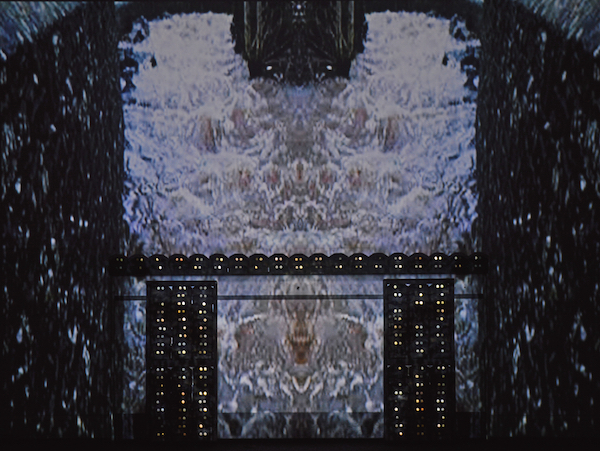 Images of natural energy - dangerous, carrying everything away - transferred to a location reliant on orderly, managed systems to keep functioning. 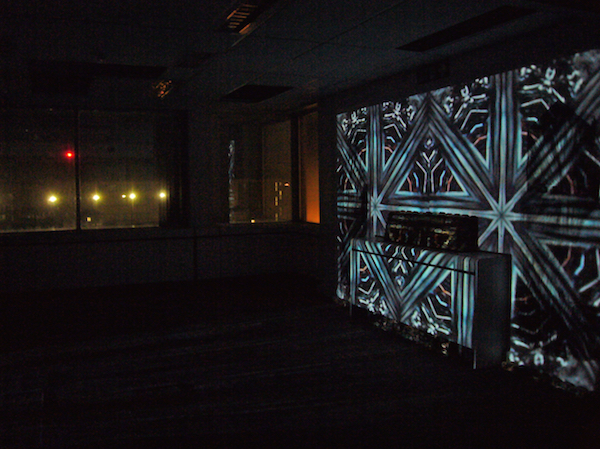 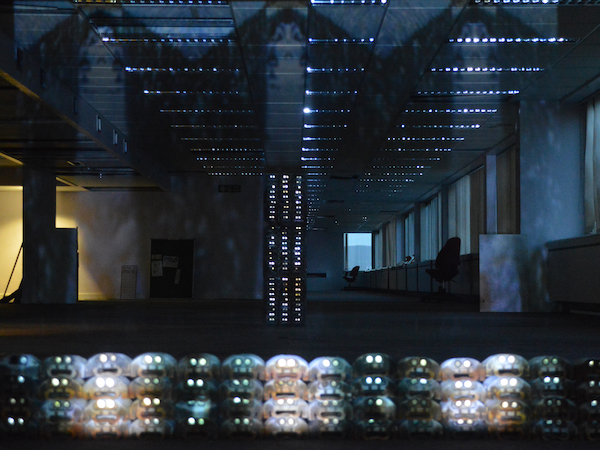