Back to the caves 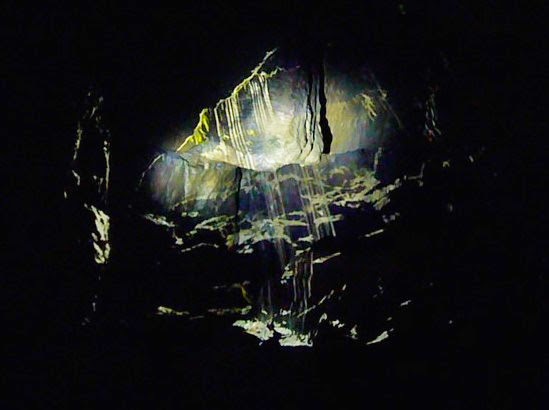 Thanks to Arts Alive Wales' Creative Network mini-fund I've been able to buy a portable projector to experiment with film in Eglwys Faen cave using the tunnels and layers of graffiti as canvas, and making new film and recordings. 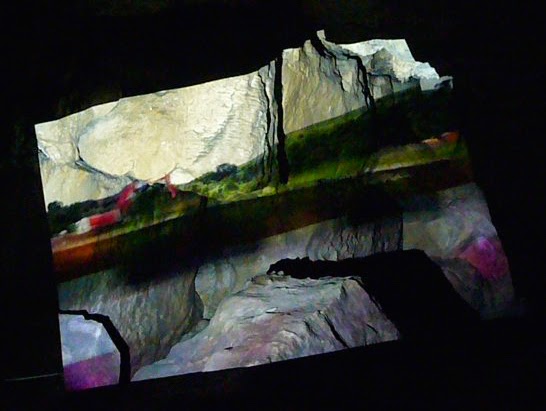 These are stills from some first trials: projecting and re-filming clips of roads and waterways linked to past and present industry in the area. 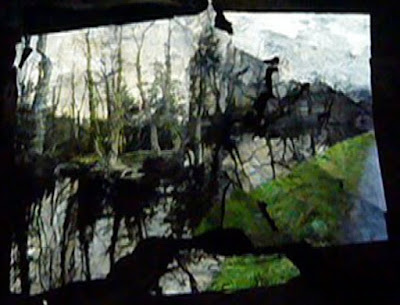 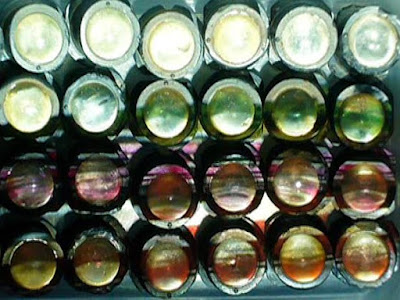 This blog has charted work over the last few years, observing, drawing, photographing some of the strange remains of the interplay between human and natural activity in and around the caves - see systems and following posts. 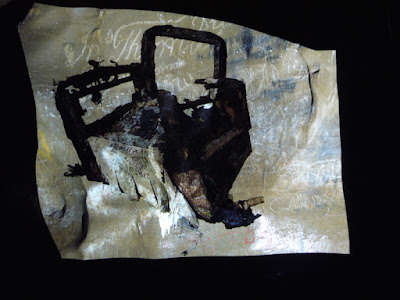 This new work continues exploration of the translocation and transformation of found objects as a way of thinking about how we navigate systems - relational, cultural, geographic, historical - 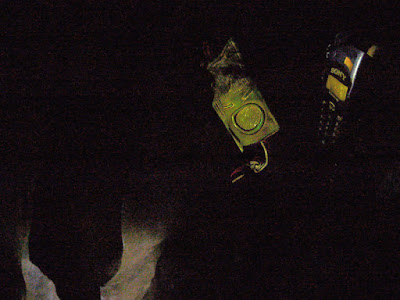 and what happens when connection's lost, broken or hidden. 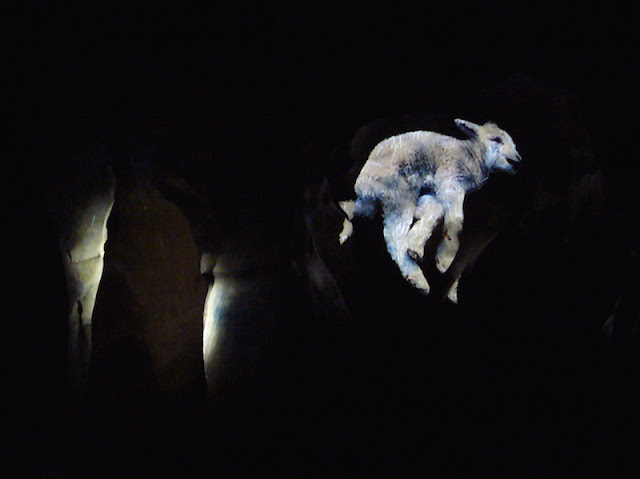 Posted by Penny Hallas at 04:09 No comments:

Combining poetry, improvised music, movement, voice and film, Beyond Orpheus formed the closing event of the Tales We Tell extravaganza at
Un Deg Un, hosted and co-ordinated by Steve Kenyon-Owen 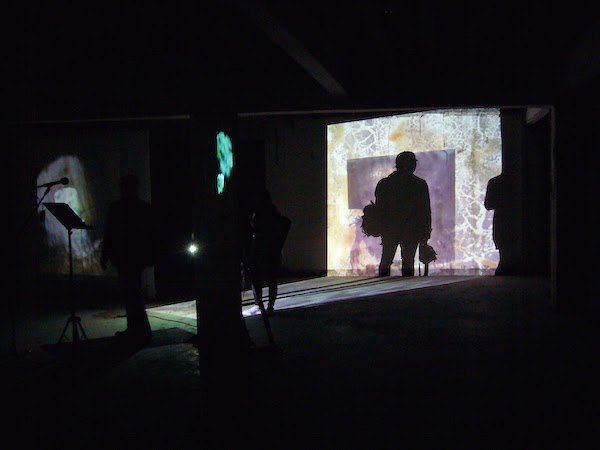 Beyond Orpheus was the latest manifestation of
The Orpheus Project, which over the course of a few years has brought poets, musicians, artists and performers together in a series of collaborative ventures 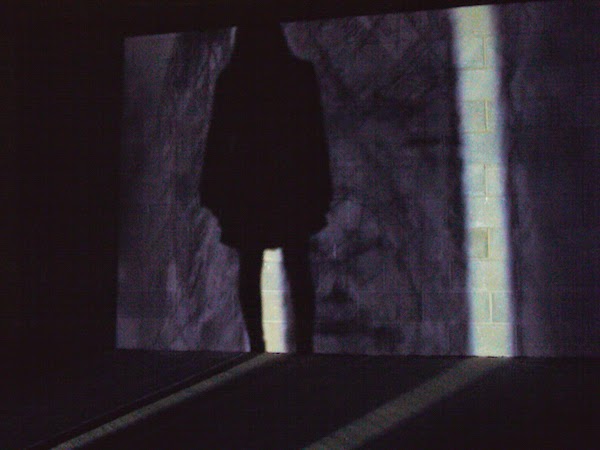 Our collaborations began in 2010 in an exploration of the Orpheus / Eurydice myth transposed to Craig y Cilau Nature Reserve, Wales - with particular
focus on Egwys Faen cave. 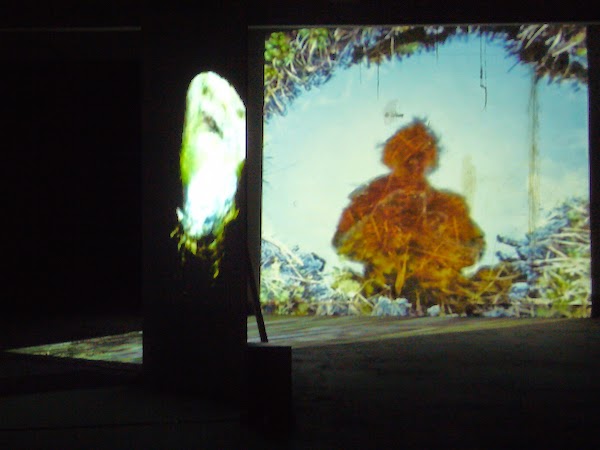 My films and soundtrack took the sounds and sights from that location to
Un Deg Un's cavernous upstairs retail-cave in the heart of Wrexham. 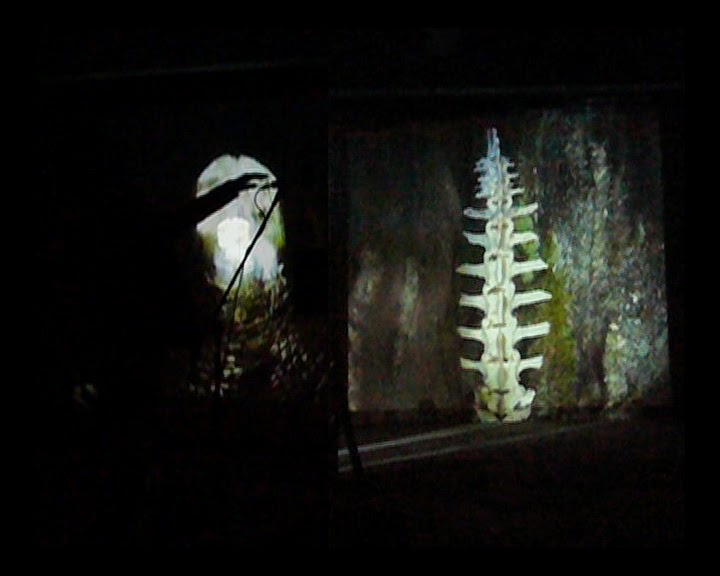 For the previous month of Tales We Tell, the space held a film triptych
and some 7' drawings. 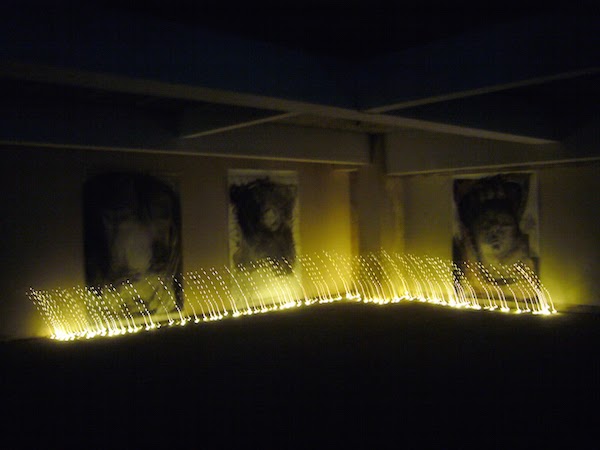 For the final event, thanks to Steve's expertise we were able to open up the space in a new way with 4 films - creating an environment for the poets/performers who were joining us.


Thanks once more to those other poets and musicians who feature on the film soundtrack, but who were not able to be at the Tales We Tell event:

For more information about previous Orpheus /Eurydice events, go to
projects on my website and scroll through the pages. 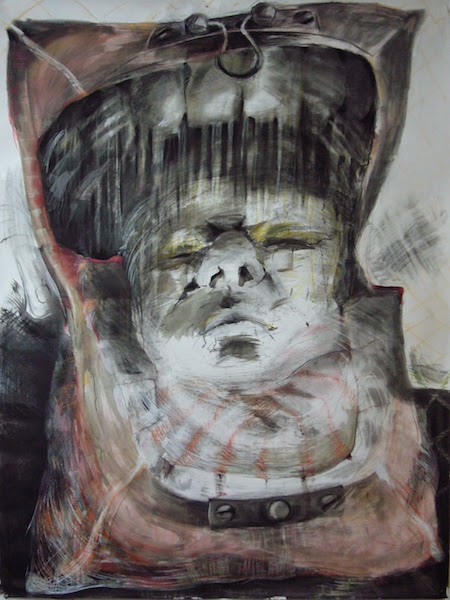 Posted by Penny Hallas at 05:32 No comments: