Pantechnicon: originally a building intended for the sale of all kinds of artistic work.
A removal van.Loosely – a receptacle holding a large number of miscellaneous objects.

For 3 weeks in November I will be based in ArcadeCardiff, re-creating elements of my studio, transported to the retail heart of the capital along with drawing, film and found objects from walks in Wales - especially the black mountains 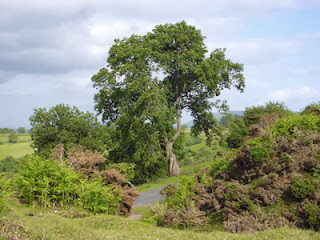 The objects, often decayed or rusted and broken are potent for me in the way some sacred artefacts might seem to be. They have insinuated themselves into my creative processes, are now an integral part of the picture. These will be exhibited alongside recent paintings and work done during the residency. 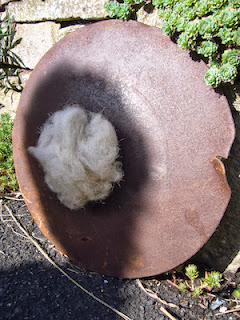 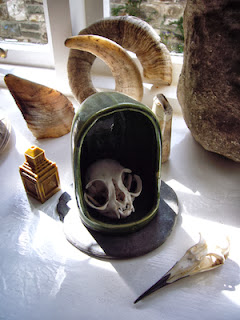 In one way my studio could be seen as a kind of pantechnicon, in the sense of a miscellany of variously derived objects. A shopping centre is also a pantechnicon: a receptacle filled with available objects of desire - an intricate manifold of paths and intensities. 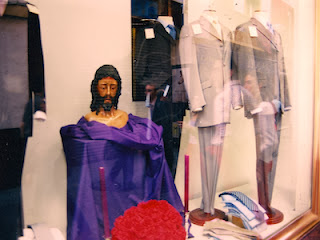 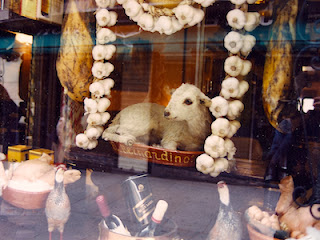 I like their sense of ordered chaos, particularly in more organically evolved conglomerations such as markets, bazaars and pre-globalised and homogenised highstreets.
The intermingling of banality and mystery, the jarring of codes, the moments of incomprehension, even stupefaction. 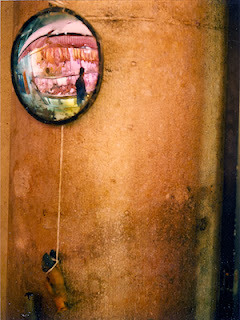 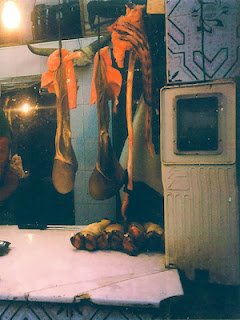 I am interested in the kinds of juxtaposition my objects will set up with the immaculate environment of a standardised retail centre.
A play of values into and out of time.
What is worth worth, what goods are good? 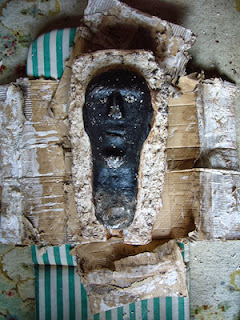 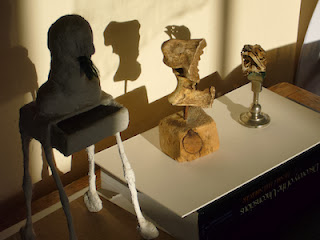 This residency will form a kind of re:view of my art practice - bringing together different strands. One of the threads running through it has been my collaborative work with poets - often in the hills and caves of Craig y Cilau nature reserve. 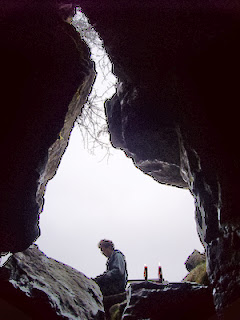 At a closing event, poets will come to Pantechnicon to engage with the exhibition and respond to it in their various ways, whether by readings, improvisations, lectures, pronouncements, discussions...

Some new work will be on show from my poèt assassinée series which takes its title from a story by Guillaume Apollinaire. The story - which ends with a general massacre of poets - is about love, creativity and damage but also refers in part to the struggle between individual expressivity and the repressive normative demands of a culture. 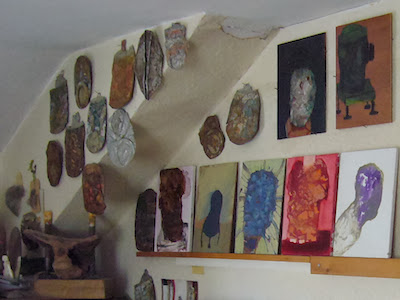 Posted by Penny Hallas at 08:19 No comments: